The Tambourah Project covers an area of 108km2 approximately 170km south of Port Hedland. Despite being proximal to the world-class Pilgangoora and Wodgina lithium mines, neither tenement has been systematically explored for lithium. 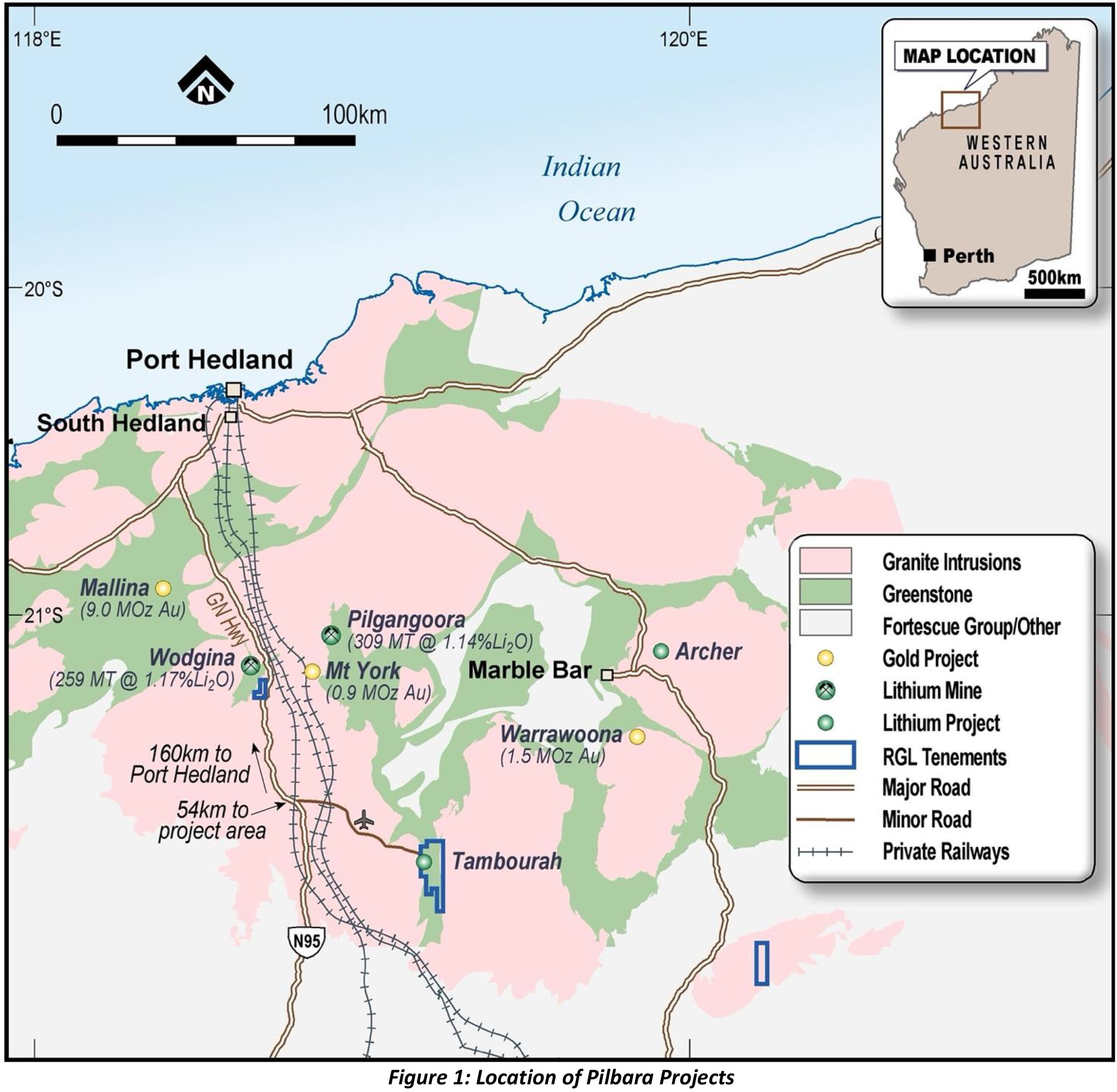 In 2013 rock chip sampling undertaken on the project by Altura Mining returned assays of up to 6,410ppm Li; these results were never followed up. Reconnaissance work completed by Riversgold in early 2022 identified multiple pegmatite veins 200m along strike from the area sampled by Altura.

Riversgold considers the geological setting at Tambourah – an unexplored greenstone belt on the margin of a granite contact – to bear many similarities to that which hosts major lithium-caesium-tantalum (LCT) systems such as those at Pilgangoora and Wodgina. The greenstone belt, which is wedged between the Tambourah Dome and the Shaw Batholith, runs for approximately 25km north to south through the tenement at widths of approximately 5-6km.

The scale of this feature and the observed mineralisation were material factors in Riversgold’s decision to prioritise Tambourah in its exploration strategy.

The Upper Five Mile Creek Project is located 20km south-east of Nullagine. Alluvial tin and tantalum have previously been mined on the tenure.

Sign up to receive news and updates from Riversgold Ltd